Nicola Suthor teaches Northern and Southern Baroque art, in particular painting and sculpture. She looks into the periods of the Renaissance and the Enlightenment for a deeper understanding of the 17th century. Her art historical approach deals with ancient as well contemporary aesthetics and art theories as theoretical framework.

Her research is an effort to understand how thinking about art comes to grips with thinking in art. In conjunction with an analysis of an array of painting practices, she has carried out a series of critical readings in the art-writing of the 17th and 18th centuries, a literature that shows an astounding—and to a certain extent forgotten—sensitivity for painterly phenomena.

Her present research project, “Meta/physics of Drawing: Trains of Thought and the Artist’s Line,” is concerned with the seventeenth-century practice of sketching. Among the problems she is exploring here are the mechanics and automizations of movement processes whose precise knowledge is meant, in a second step, to help determine the characteristic qualities of the artist’s “handwriting.” This research project is based on the thesis that the horizon of possibilities opens up in a process of vague linear articulation: a phenomenon that art-historical literature has at best approached as “autonomous” or empty of meaning but that has usually been simply neglected.

Before coming to Yale in 2015, she tought art history at the universities of Berlin (2012-14), Bern (2007-09), Hamburg (2011), Heidelberg (2009-11), and Stanford (2006). In 2011 she was visiting member of the Institute of Advanced Studies in Princeton. In 2012 she received the Jacob Burckhardt-Price of the Max Planck Institut in Florence. She was the Robert Lehman Visiting Professor (2017) and the Francesco De Dombrowski Visiting Professor (2020) at the Villa I Tatti, the Harvard University Center for Italian Renaissance Studies, Florence, It.

Suthor’s possible fields for advising include but are not limited to: Northern and Southern Renaissance, Dutch and Italian Baroque, and 18th Century European Art.

“Art on the Tip of the Brush:” A Blind Manœuvre? Reflections on Correggio’s Brush, Arent de Gelder’s Spatula, and Pietro Testa’s Figure of Practice, in: Vision and Its Instruments: Art, Science and Technology in Early Modern Europe, ed. by Alina Payne, Penn State Press, 2015, pp. 167-189

“Il pennello articioso:” On the Intelligence of the Brushstroke, in: Instruments in Art and Science: On the Architectonics of Cultural Boundaries in the 17th Century, ed. by H. Schramm, L. Schwarte, J. Lazardig, Berlin: De Gruyter 2008, pp. 106-126 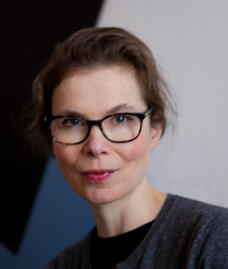