Yagnaseni Datta studies early-modern Islamic Art in South Asia. Her dissertation, “Materialising Illusions: Visual Translation in the Mughal Yog Vashisht, c. 1602,” looks at the Mughal translation practices from Sanskrit to Persian in the late sixteenth century and its relation to visual culture by foregrounding the Yog Vashisht codex and analyzing its images as embodying the subversion of the religious orders through a performative usurpation of spiritual and intellectual authority by the Mughal emperor. Her research has been supported by the Renaissance Society of America and the Mellon-Sawyer Seminar Seed Grant.

Yagnaseni received her MA (Hons) in Classical and Middle East Studies at the University of Edinburgh, followed by an MA in the History of Art at the Courtauld Institute of Art, London. She has held curatorial positions and internships at the Jewish Museum, New York, Yale University Art Gallery, New Haven, Calouste Gulbenkian Museum, Lisbon, and the National Museum of Scotland, Edinburgh, working on exhibitions with subjects ranging from New York in the 1960s to the nineteenth-century Industrial arts from British India, Eid celebrations in the gunpowder empires, and India’s Ragamala painting tradition. 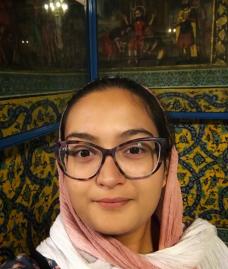