Sophia Inman Kitlinski studies the visual, material, and spiritual cultures of nineteenth-century Cuba and the larger Ibero-Atlantic world. Her dissertation explores the role of African diasporic visual and material cultures in mediating Spanish imperial power in Cuba in the second half of the nineteenth century, as well as the circulation of these objects and images through European, African, and Latin American nodes in the Spanish Empire during the period. More broadly, her scholarly interests include the visual and material cultures of colonial Latin America, with a particular emphasis on print culture and natural historical practice.

Sophia received her B.A. in Art History and Hispanic Studies from Columbia University, where she was awarded with the Susan Huntington Vernon Prize, given to the most outstanding senior major in the Department of Latin American and Iberian Cultures. She also holds an M.A. in Historia del Arte with mención honorífica from the Universidad Nacional Autónoma de México. 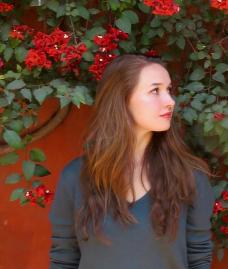