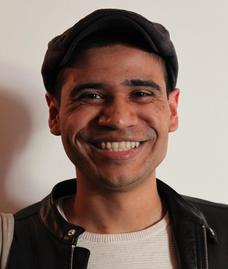 Carlos Valladares is a writer, critic, video essayist, and Ph.D student in the History of Art and Film and Media Studies departments. His research interests include performance, American photography, classical Hollywood, cinephilia, and 1960s cinema. He is especially interested in the works of Jacques Demy, Jacques Tati, Jacques Rivette, Cassavetes, Altman, Burnett, Michael Snow, Preston Sturges, Elaine May, Burt Lancaster, and Studio Ghibli. His research centers on the cinematic ensemble, and how different directors and actors have approached the concept of group (dis)harmony—especially in the global 1960s. His video essay on the classical Hollywood director Vincente Minnelli was screened in competition at the 54th Pesaro Film Festival.

He graduated Phi Beta Kappa from Stanford University in 2018 with a dual-degree B.A. in Film and American Studies. As a junior, he curated and wrote the wall texts for an exhibition, “Abstraction and the Movies,” at the Anderson Collection, which placed movies in dialogue with paintings from the Anderson’s permanent collection of 20th century American artists, including Frankenthaler, Pollock, Rothko, and others. His criticism has appeared in the San Francisco Chronicle, Gagosian Quarterly, Film Comment, Notebook MUBI, the Criterion Collection, and he currently writes a weekly column for the Chronicle called “California Streamin’,” which highlights films available to watch on streaming sites. He has worked as a research assistant on two books: Christina Mesa’s The American History of Black and White Race Relations in Film (Routledge, 2020) and Marci Kwon’s Enchantments: Joseph Cornell and American Modernism (Princeton University Press, 2020). He was born and raised in South Central Los Angeles.