Marisa Bass is a scholar of early modern art whose research explores the intersections between creative and intellectual culture in northern Europe. Her interests include the representation of nature, the cult of images, portraiture, Renaissance notions of imagination and invention, print culture, genre painting, emblematics, antiquarianism, monuments, and miniatures. Her work has been supported by membership at the Institute for Advanced Study in Princeton, the Netherlands Institute for Advanced Study, and most recently, by the inaugural Guggenheim Fellowship in Early Modern Studies. She joined the Yale faculty in 2016.

Her latest book The Monument’s End: Public Art and the Modern Republic (forthcoming with Princeton University Press in 2023) argues that the tension between the impulse to commemorate and the aspiration toward liberty first manifested itself in the seventeenth-century Netherlands. This book explores the attempts of Dutch artists, architects, scholars, publishers, poets, and playwrights to reimagine what political memory might look like in the context of their emergent nation, and it reveals how those efforts were both ambitious and frustrated from the outset.

She is also at work on a new book project provisionally titled Erasmologies: Art and Self in the European Renaissance as well as articles on Bruegel’s politics, political iconoclasm in early modern Antwerp, and ‘accoutrementality’ in the work of Dutch women artists.

Bass’s previous publications include Insect Artifice: Nature and Art in the Dutch Revolt (Princeton 2019), winner of the 2020 Bainton Prize from the Sixteenth Century Society for the best book in art and music history. This monograph recovers the intersections between natural history, politics, art, and philosophy in the late sixteenth-century Low Countries. At its center are the stunning miniatures of animals and insects produced by Joris Hoefnagel, a virtuosic artist and polymath who turned to the study of nature amidst the political and religious upheaval of the Dutch Revolt. This is a book that challenges the persistent application of the binary ‘art and science’ to Hoefnagel’s lifetime, and which addresses the doubts about human exceptionalism (and the knowability of the natural world) that tempered the early modern pursuit of empirical inquiry. To listen to an interview with Professor Bass on Connecticut Public Radio, in which she discusses Insect Artifice with host Mark Lynch, please click here. A podcast on the New Books Network is also available here.

Other publications include her monograph Jan Gossart and the Invention of Netherlandish Antiquity (Princeton 2016) and her co-authored volume Conchophilia: Shells, Art, and Curiosity in Early Modern Europe (Princeton 2021). Together with Elizabeth Wyckoff, she also co-curated the exhibition Beyond Bosch: The Afterlife of a Renaissance Master in Print (St. Louis 2015, Harvard 2016), which explored Hieronymus Bosch’s neglected legacy in the print medium well into the seventeenth century.

Bass works with students who think with and beyond the traditional bounds of the “Renaissance.” She considers graduate applications on any aspect of early modern art and material culture from the fifteenth to the seventeenth century, particularly—but not limited to—subjects that engage with the art of northern Europe from a cross-disciplinary perspective. She teaches and advises on topics that include the collector’s cabinet; the history of the book; political art and propaganda; cross-cultural exchange; gender, race, and the body; natural history; cartography; still life; anatomical images; the urban environment; the history of the book; iconoclasm and iconophilia; and on knowledge production more broadly. She has served on the executive committees for Yale’s programs in Early Modern Studies and the Humanities, as Director of Undergraduate Studies in Yale’s History of Art Department, and is an affiliate of Yale’s program in the History of Science and Medicine. 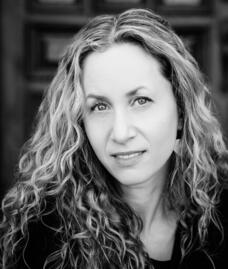 Jass Gossart and the Invention of Netherlandish Antiquity
2016