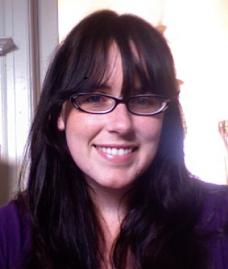 Molly Brunson is an Associate Professor in Slavic Languages and Literatures, with a secondary appointment in History of Art. As a scholar of modern Russian culture, Brunson specializes in the literature and visual art of the nineteenth and twentieth centuries, with an emphasis on the recurrent realisms that emerged in imperial Russia and the Soviet Union. Spanning a broad historical scope, her research encompasses topics as diverse as the socially conscious genre painting of the early nineteenth century and the sweeping novels of Tolstoy and Dostoevsky to the avant-garde’s claims to the “real” and the rise of Soviet socialist realism. She is particularly interested in aesthetics and interart studies, theories of the novel, visual cultural studies, the representation of space, and the transnational and transhistorical networks of modern culture.

Her book Russian Realisms: Literature and Painting, 1840–1890 was awarded the Best Book in Cultural Studies by the American Association of Teachers of Slavic and East European Languages in 2017, as well as the College Art Association’s Meiss/Mellon Author’s Book Award and the Association for Slavic, East European, and Eurasian Studies First Book Subvention Award. She is currently working on a book—The Russian Point of View: Perspective and the Birth of Modern Russian Culture—that tells the story of how linear perspective came to Russia, engaged with native aesthetic systems, and ultimately shaped the emergence of a national culture in the nineteenth century and the radical avant-garde experimentation of the twentieth.

In recognition of the interdisciplinary and comparative range of her teaching, Brunson was awarded the Poorvu Family Prize for Interdisciplinary Teaching in Yale College in 2013. She offers undergraduate and graduate courses on Russian realism in literature and the visual arts; the history of Russian art from the eighteenth century to the present; Tolstoy, Dostoevsky, and theories of the novel; and Russian artistic culture during the fin de siècle. She has also organized a number of events and working groups, including an international conference in fall 2016, The Russian Century, The Literary, Visual, and Performing Arts, 1801–1917.

Brunson has lectured widely on her research, including at the National Portrait Gallery in London, the University of Cambridge, the Università Ca’ Foscari in Venice, Princeton, Stanford, NYU, and University of California, Berkeley. During summer 2016, she was named a fellow at the Sterling and Francine Clark Art Institute.

“Aleksei Venetsianov and the Theatricality of Russian Painting.” In Russian Performances, edited by Julie Buckler, Julie Cassiday, and Boris Wolfson. Forthcoming from University of Wisconsin Press.

“A Light on the Road: Oleg Vassiliev and Painterly Space.” In Oleg Vassiliev: Space and Light. Zimmerli Art Museum at Rutgers University, 2014.

“Wandering Greeks: How Repin Discovers the People.” Ab Imperio: Studies of New Imperial History and Nationalism in the Post-Soviet Space, 2012.