Mary Miller, Sterling Professor Emeritus of History of Art, served as dean of Yale College from December 2008 until June 2014. Before assuming the deanship, Miller served as master of Saybrook College for nearly a decade.

Miller earned her A.B. from Princeton in 1975 and her Ph.D. from Yale in 1981, joining the faculty in that year. She has served as chair of the Department of History of Art, chair of the Council on Latin American Studies, director of Graduate Studies in Archeological Studies, and as a member of the Steering Committee of the Women Faculty Forum at Yale.

A specialist of the art of the ancient New World, Miller curated The Courtly Art of the Ancient Maya at the National Gallery of Art, Washington, D.C., and the Fine Arts Museums of San Francisco in 2004. For that exhibition, she wrote the catalogue of the same title with Simon Martin, senior epigrapher at the University of Pennsylvania Museum. Among her other books are The Murals of Bonampak, The Blood of Kings (with Linda Schele), The Art of Mesoamerica, Maya Art and Architecture, The Gods and Symbols of Ancient Mexico and the Maya (with Karl Taube), and A Pre-Columbian World (co-edited with Jeffrey Quilter). She has most recently completed Painting a Map of Mexico City (co-edited with Barbara Mundy; 2012, a study of the rare indigenous map in the Beinecke Library) and The Spectacle of the Late Maya Court: Reflections on the Murals of Bonampak (with Claudia Brittenham; 2013).

For her work on ancient Mexico and the Maya, Miller has won national recognition including a Guggenheim Fellowship. She was elected to the American Academy of Arts and Sciences in 1994. In April and May of 2010 she delivered the Fifty-ninth A W Mellon lectures at the National Gallery of Art.

with Claudia Brittenham, The Spectacle of the Late Maya Court: Reflections on the Murals of Bonampak (Texas: 2013).

with Simon Martin Courtly Art of the Ancient Maya  (London: Thames and Hudson 2004).

with Karl Taube, The Gods and Symbols of Ancient Mexico and the Maya: An Illustrated Dictionary of Mesoamerican Religion, (London: Thames and Hudson, 1993).

with Linda Schele, The Blood of Kings: Ritual and Dynasty in Maya Art, (New York: George Braziller, and Fort Worth: Kimbell Art Museum, 1986). 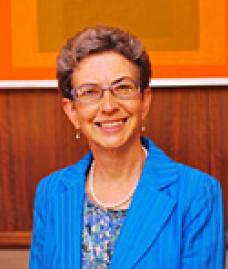 Sterling Professor Emeritus of Art, History of Art Senior Director of the Institute for the Preservation of Cultural Heritage Art of the Ancient New World
mary.miller@yale.edu