Mr. Aronson received a B.A. in art from Reed College, an M.S. in the conservation and preservation of artistic and historic artifacts from the University of Delaware, Winterthur Museum program, and a certificate of study in painting conservation from the Center for Conservation and Technical Studies at the Fogg Museum, Harvard University. He was a Getty Fellow at the Frans Hals Museum, Haarlem, The Netherlands; both an IMLS and Mellon Fellow at the Philadelphia Museum of Art; and a National Museum Act Fellow in Painting Conservation at the Cincinnati Art Museum. He served as the chief conservator at the Yale University Art Gallery for fourteen years, has lectured in Yale’s History of Art department, and has been a guest conservator at the J. Paul Getty Museum. Mr. Aronson is particularly interested in the history of painting techniques and attitudes toward restoration and conservation. Since July 2007 he has been the chief conservator at the Yale Center for British Art; he was appointed critic in painting/printmaking in 2008. 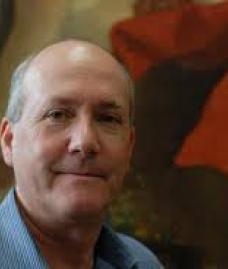