Jules David Prown, a graduate of Lafayette College and of the Winterthur Program in Early American Culture (University of Delaware), received his doctorate from Harvard University. He has been a member of the faculty of the Department of the History of Art since 1961 and is currently the Paul Mellon Professor Emeritus of the History of Art.  During this period he has also been Curator of American Art at the Yale University Art Gallery and the founding Director of the Yale Center for British Art.  He has received numerous professional and other honors including the Distinguished Teaching of Art History Award from the College Art Association of America (1995), Yale’s William Clyde DeVane Award for teaching and scholarship, and Distinguished Scholar at the 2010 College Art Association Annual Conference.  Professor Prown has served on a number of editorial and other boards including the Board of Governors of Yale University Press and the Board of Governors of The Paul Mellon Centre for Studies in British Art (London) as well as the Board of Trustees of the Whitney Museum of American Art.

American Painting from its Beginnings to the Armory Show (Geneva: Skira, 1969). 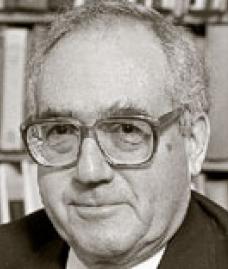