Jennifer Raab specializes in the art of the United States and the history of photography. Her scholarship engages with landscape studies, the history of science and medicine, the visual culture of war, racial violence, and memory, and the intersections between texts and images.

Her first book, Frederic Church: The Art and Science of Detail (Yale University Press, 2015), examined the aesthetics of detail that fundamentally shaped nineteenth-century American landscape painting and that was inseparable from scientific discourses of the time. More broadly, it asked: What is a detail? What does it mean to see a work of art “in detail”? Her current book, Relics of War (under contract with Princeton University Press), centers on one photograph, taken right after the American Civil War, and thinks broadly about the photograph as a relic object, as a bureaucratic tool to argue for legislative change, as a mourning device, as legal evidence, and as a means to racialize pain and sacrifice.

She has co-authored a book and exhibition with colleagues from Yale, Picturesque and Sublime: Thomas Cole’s Trans-Atlantic Inheritance (Thomas Cole National Historic Site and Yale University Press, 2018) and contributed the lead essay to East of the Mississippi: Nineteenth-Century Landscape Photography (National Gallery of Art, Washington, D.C. and Yale University Press, 2017). Other recent essays and articles have considered history painting and the aesthetics of mapping, ornament and masculinity in portraits of Native Americans, the relationship between panoramic vision and telegraphic language in early railroad guidebooks, and the minimalist artist Dan Flavin’s collection of nineteenth-century American drawings. Her work has appeared in Art Bulletin, Art History, American Art, and Journal of American Studies.

Before joining the Yale faculty in 2013, she held postdoctoral fellowships at the Institute of Fine Arts, New York University and at the John F. Kennedy-Institut für Nordamerikastudien, Freie Universität, Berlin. Her work has been supported by the Andrew W. Mellon Foundation, the Wyeth Foundation, Dumbarton Oaks, and the Terra Foundation for American Art.

At Yale, Raab teaches courses on eighteenth-, nineteenth-, and twentieth-century American art and the history of photography, often based on university collections. Her courses explore topics such as contested monuments, the intersections between race, violence, art, and memory, natural history and the construction of citizenship, the art of scientific expeditions, landscape theory, the ethics of photojournalism, and twentieth-century modernisms. She is an affiliated faculty member of both the programs in the History of Science and Medicine and Public Humanities, and has served on the steering committee of the Yale Environmental Humanities Program since its inception in 2017.

Professor Raab advises dissertations on the arts of the United States from the eighteenth through twentieth centuries and comparative studies that traverse North and South America, the Atlantic world, and the Caribbean. Her students have undertaken projects that engage a range of media (painting, photography, sculpture, material culture, prints and ephemera, architecture and the physical environment) and artistic and cultural traditions (Euro-American, Afro-descendent, indigenous and First Nation). In 2021 she received the Graduate Mentor Award in the Humanities, Yale’s principal award for superb teaching, advising, and mentoring of graduate students. 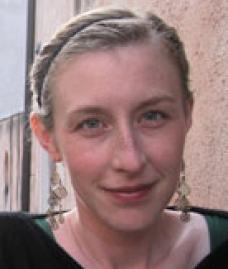 East Of The Mississippi
2017