Edward S. Cooke, Jr., the Charles F. Montgomery Professor of American Decorative Arts in the Department of the History of Art at Yale University, focuses upon American material culture and decorative arts.  His books include Making Furniture in Pre-industrial America: The Social Economy of Newtown and Woodbury, Connecticut (Johns Hopkins Press, 1996) and Inventing Boston: Design, Production and Consumption in the Atlantic World, 1680–1720 (Yale University Press, 2019), both of which focus upon the context of craftsman-client relations in colonial North America.  His most recent book, Global Objects: Toward a Connected Art History (Princeton University Press, 2022), looks at the production, consumption, and circulation of functional aesthetic objects made from clay, fiber, wood, and nonferrous base metals.  In tracing the social lives of objects from creation to purchase, and from use to experienced meaning, it charts exciting new directions in art history.

At Yale, Cooke teaches lecture courses on American material culture from the fifteenth century to the present as well as an introductory course on global decorative arts and offers seminars on a variety of topics including material culture theory, material literacy, the American interior, American furniture, and modern craft. He has also taught seminars on craft and design in India and in Australia.  He served as the Chair of the department from 2000 to 2006 and from 2012 to 2016. Since his arrival at Yale in 1992, he served as Director of the Yale Center for the Study of American Art and Material Culture, a group of interested Yale faculty, graduate students, and museum professionals who meet weekly during the semester for presentations on the theme of that academic year.  The participants are drawn by a scholarly interest in the study, analysis, and interpretation of material culture.

Cooke’s work in expanding the field of decorative arts has led to several awards, including the Iris Foundation Award for Outstanding Contribution to the Decorative Arts (2010), the Furniture Society’s Award of Distinction (2016), election as an Honorary Fellow of the American Craft Council (2016), and College Art Association’s Distinguished Teacher of Art History Award (2018).

Cooke’s possible fields for advising include, but are not limited to: American material culture, decorative arts, craft, and design history; global material culture; and artisanal knowledge. 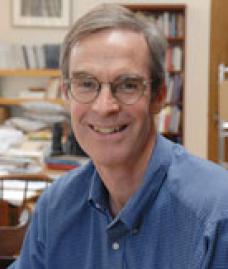