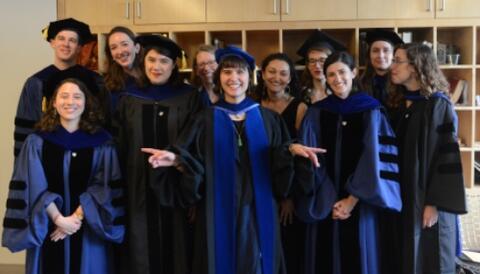 Congratulations to the 13 doctoral students who graduated in 2019, and a special congratulation to our Blanchard prize winners Maggie Breidenthal and Kirsty Dootson and the John Addison Porter prize holder of 2019, Alex Morrison!  This year’s graduates produced important dissertations across an exceptionally wide range of subjects:

Many of you have already embarked on an academic or curatorial career, and we believe that this fundamental first step will lead you to a fulfilling professional life. These excellent dissertations will surely find publication as books, articles and exhibition catalogues in the future: each forms the basis for a scholarly profile that will continue to develop in the years to come. The department of art history will watch your next steps with great pride and affection.