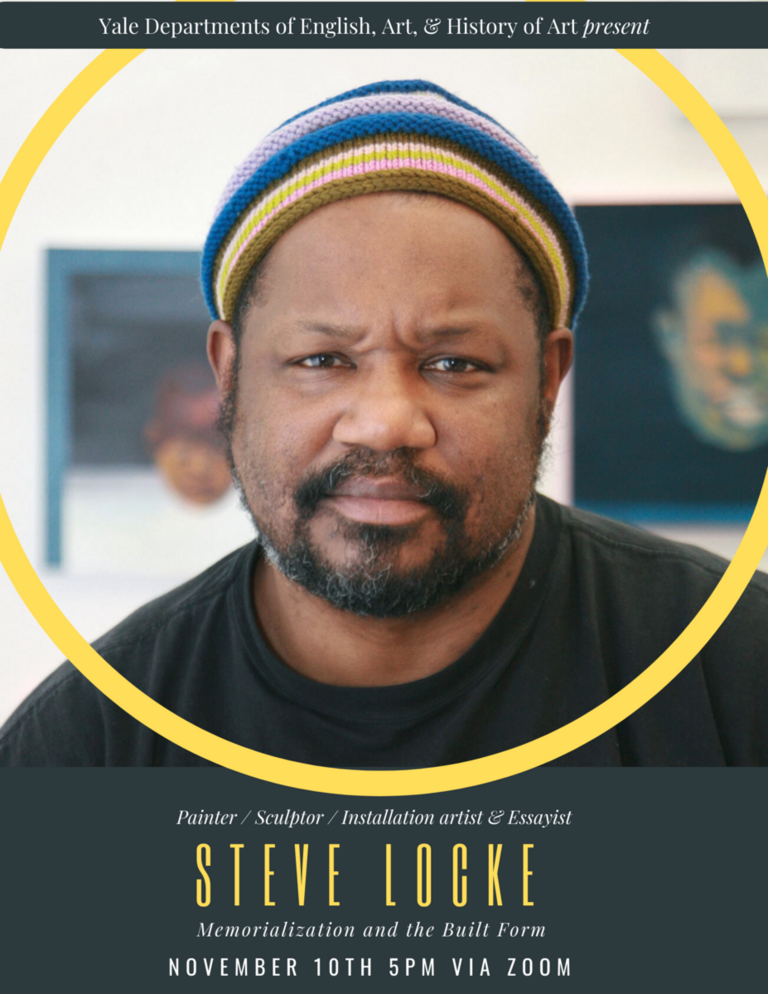 The Departments of English, Art and History of Art invite you to join us for a talk by painter/sculptor/installation artist & essayist Steve Locke, entitled “MEMORIALIZATION AND THE BUILT FORM” on Wednesday, November 10 at 5 p.m. via Zoom, link found here.

Locke, a 2020 John Simon Guggenheim Fellow, is also a recipient of awards from the Louis Comfort Tiffany Foundation and the Pollock Krasner Foundation. Locke has had major exhibitions at Boston’s Institute of Contemporary Art and Detroit’s Museum of Contemporary Art, as well as in galleries in New York, Brazil, Switzerland and elsewhere around the world. Recent solo exhibitions have included HOMAGE TO THE AUCTION BLOCK at Boston’s La Montaigne Gallery and THREE DELIBERATE GRAYS FOR FREDDIE (HOMAGE FOR FREDDIE GRAY) at the Isabella Stewart Gardner Museum, and FAMILY PICTURES (RED) at The Backyard in New Orleans. Locke also proposed his design for the AUCTION BLOCK MEMORIAL AT FANEUIL HALL in Boston, dedicated to the victims of the Atlantic slave trade on the site where people had been bought and sold; controversy around this piece caused the artist to withdraw his proposal.

Steve Locke is Professor of Painting at the Pratt Institute in New York City.