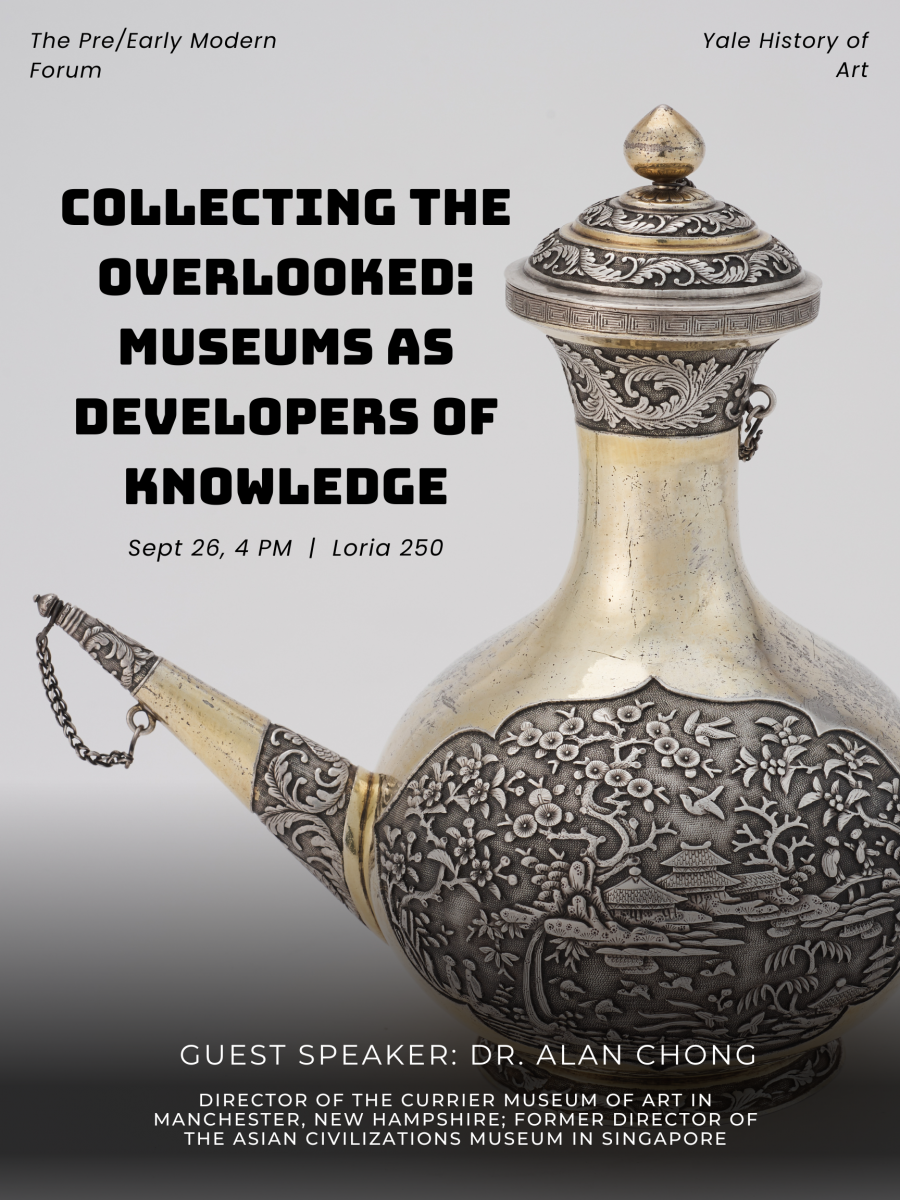 The Pre/Early Modern Forum is delighted to announce the upcoming IN PERSON talk by Dr. Alan Chong, director and CEO of the Currier Museum of Art in Manchester, New Hampshire, and former Director of the Asian Civilizations Museum in Singapore. The event will take place in Loria 250 on September 26th, at 4pm EST.
Dr. Chong’s talk is titled “Collecting the Overlooked: Museums as Developers of Knowledge,’” an abstract of which is included below:
Museum collections and the art market often provide unexpected paths of research, as objects emerge from little-researched or poorly understood fields. Such objects are frequently cross-cultural, not only skirting political borders, but also received notions of artist production. I focus on a few Asian cross-cultural objects that have escaped academic attention because of these uncertainties in order to advocate for the importance of the museum curator and even of the art dealer as critical innovators.
Alan Chong, currently director of the Currier Museum of Art in Manchester, New Hampshire, received a PhD from the Institute of Fine Arts in 17th-century Dutch art history. He was curator in Cleveland and the Gardner Museum in Boston before becoming director of the Asian Civilisations Museum in Singapore.