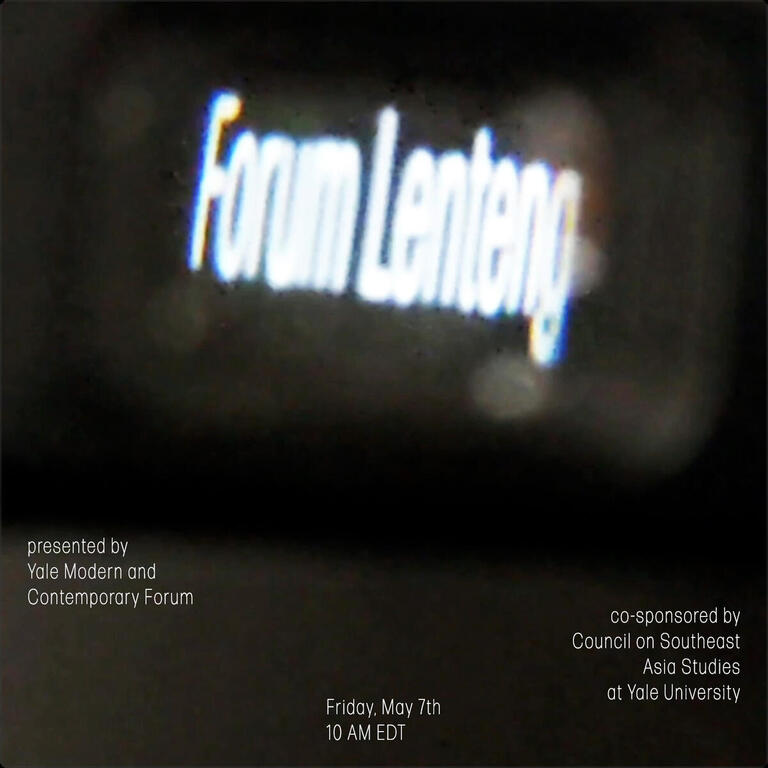 In this presentation, the Jakarta-based art collective Forum Lenteng (founded in 2003) will discuss its social organizing and media activism in Indonesia over the last two decades.

As the collective explains:

“In May 1998, a series of student protests and devastating riots ended Indonesia’s repressive, U.S.-backed New Order government (1966–98). In the subsequent reformasi (reformation) period, this regime came to be understood as part of a succession of colonialisms and imperialisms experienced by the archipelago, from the first Portuguese ship in 1511 through to Japanese occupation during World War II. As during the prior colonial eras, the developmentalist ideology of the New Order was characterized by forced modernization, which engendered social, cultural, ecological, and economic crises.

“The reformasi has been catalytic for discourses of community and collectivity in Indonesia. The New Order’s collapse gave rise to an almost euphoric spirit of freedom, which during the authoritarian era had been stridently controlled, especially in the case of political opinions that differed from the governmental narrative. The events of 1998 prompted a critical shift from centralized to decentralized modes of expression.

“During the reformasi the public use of media technologies—especially video—expanded significantly. Ordinary people, thanks to democracy, gained the opportunity to produce their own information media. However, these years also saw significant growth in media industries, particularly in private television produced by conglomerates. There were also distinct gaps in knowledge and criticism in the realms of art and culture, especially concerning media studies.

“It was in an attempt to synthesize the above contexts that, in July 2003, Forum Lenteng was established as a study group devoted to the history of audiovisual and film media. In response to our social, cultural, and political circumstances, we have since then developed various programs and projects. Among others, these include AKUMASSA (2008–), which focuses on media literacy from the perspective of community empowerment; VIDEOBASE (2009–) which addresses video art and its cultural politics; ARKIPEL (2013–), an international documentary and experimental film festival; and lastly MILISIFILEM (2017–), which explores visual production practices from technical and socio-cultural standpoints. The essence of all our programming is to actively produce, reproduce, and distribute knowledge, while foregrounding people’s knowledges and vernacular narratives in marginalized areas. We believe that people have the right to change the world around them, and that change must be driven by the collective efforts of a decentralized society.”