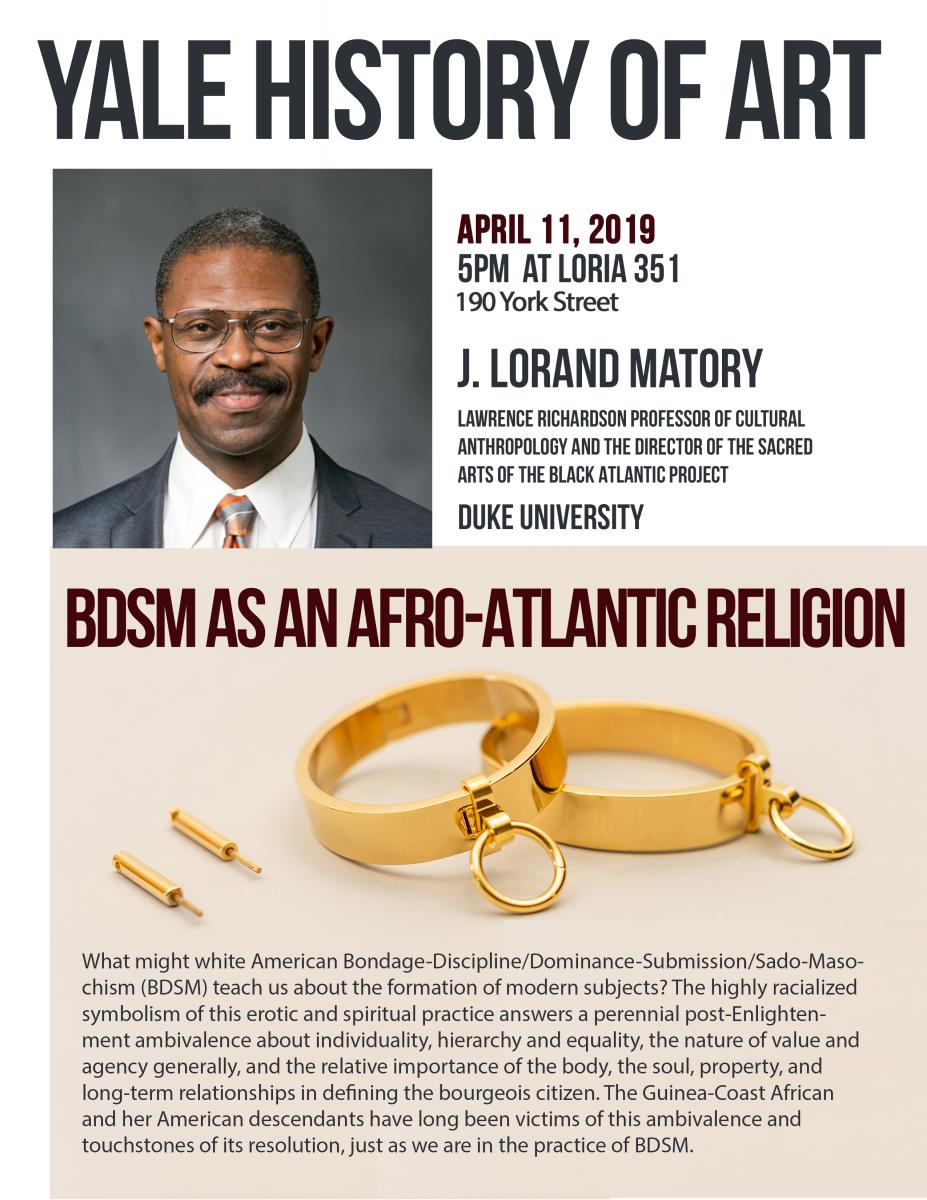 J. Lorand Matory is the Lawrence Richardson Professor of Cultural Anthropology and the Director of the Sacred Arts of the Black Atlantic Project at Duke University.

The author of three books and more than 50 articles and reviews, he is also the executive producer and screenwriter of five documentary films. Choice magazine named his Sex and the Empire That Is No More: Gender and the Politics of Metaphor in Ọyọ Yoruba Religion an outstanding book of the year in 1994, and his Black Atlantic Religion: Tradition, Transnationalism, and Matriarchy in the Afro-Brazilian Candomblé won the Herskovits Prize from the African Studies Association for the best book of 2005.  In 2010, he received the Distinguished Africanist Award from the American Anthropological Association, and, in 2013, the government of the Federal Republic of Germany awarded him the Alexander von Humboldt Prize, a lifetime achievement award that is one of Europe’s highest academic distinctions.  Professor Matory was also selected to deliver anthropology’s most prestigious annual address, the Lewis Henry Morgan Lecture, which resulted in the book Stigma and Culture: Last-Place Anxiety in Black America (2015), concerning the competitive and hierarchical nature of ethnic identity-formation.  His latest book, The “Fetish” Revisited: Marx, Freud and the Gods Black People Make, will be published by Duke University Press in 2018.

Professor Matory is a graduate of Harvard College and the University of Chicago, and he has conducted 35 years of intensive research on the great religions of the Black Atlantic—West African Yoruba religion, West-Central African Kongo religion, Brazilian Candomblé, Cuban Santería/Ocha, and Haitian Vodou.  In recognition of his outstanding scholarship, he also served, from 2009 to 2013, as the James P. Marsh Professor at Large at the University of Vermont, one of that University’s highest honors.