Home > Calendar > Historical Moments and Movements in Ukrainian Art and Film: From Medieval to Contemporary Webinar

Historical Moments and Movements in Ukrainian Art and Film: From Medieval to Contemporary Webinar 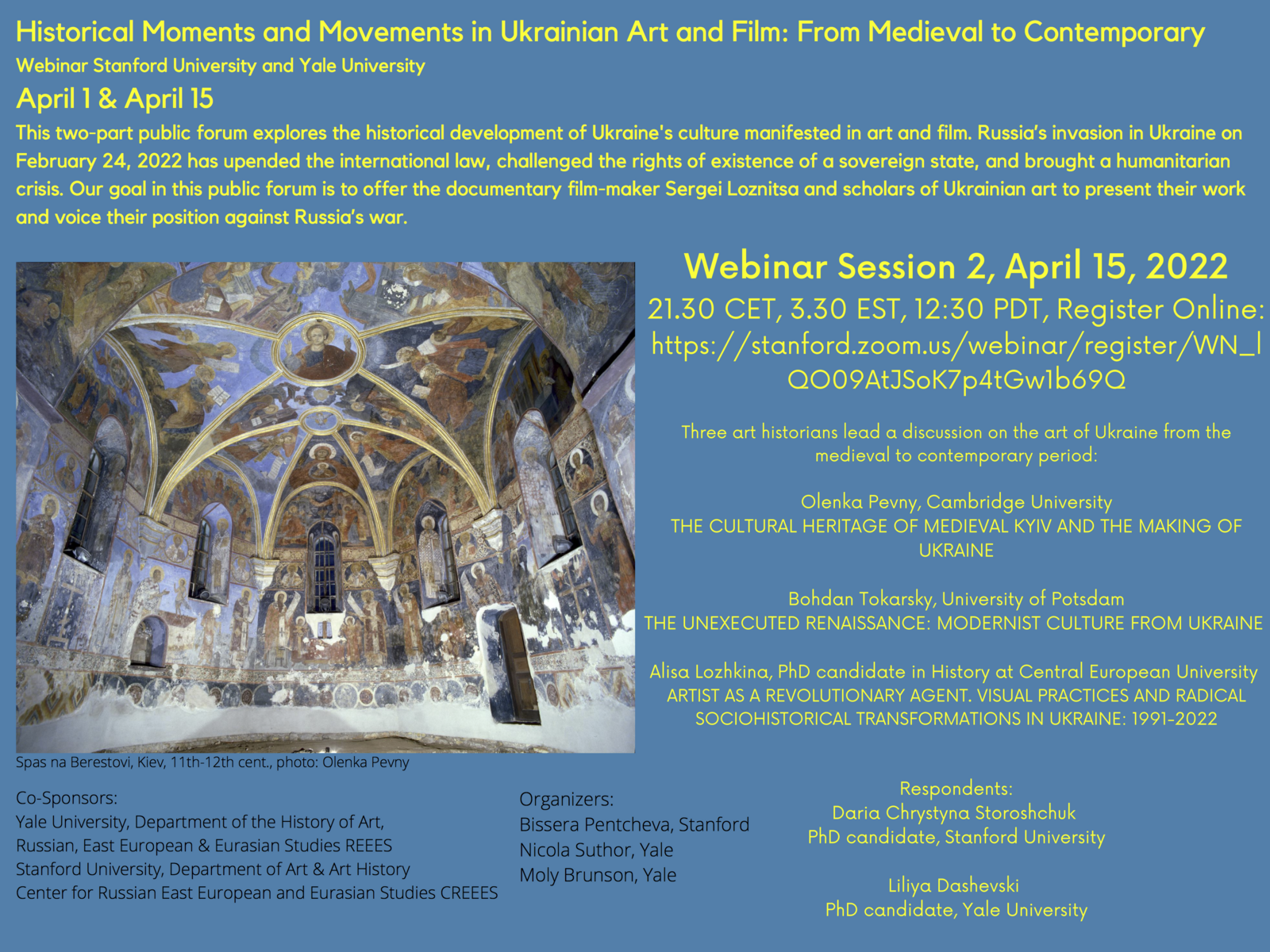 This two-part public forum explores the historical development of Ukraine’s culture manifested in art and film. Russia’s invasion in Ukraine on February 24, 2022 has upended the international law, challenged the rights of existence of a sovereign state, and brought a humanitarian crisis. Our goal in this public forum is to offer the documentary film-maker Sergei Loznitsa and scholars of Ukrainian art to present their work and voice their position against Russia’s war.

The acclaimed documentary film-maker Sergei Loznitsa leads a discussion about his film “Maidan:  Uprising in Ukraine” (2014) that captured the 2014 protests. The session is moderated by Srdan Keca, Stanford University, assistant professor in Documentary Film.

Scriptwriter/Director/Producer Sergei Loznitsa grew up in Kiev (Ukraine), and in 1987 graduated from the Kiev Polytechnic with a degree in Applied Mathematics. In 1987-1991 Sergei worked as a scientist at the Kiev Institute of Cybernetics, specializing in artificial intelligence research. In 1997 Loznitsa graduated from the Russian State Institute of Cinematography (VGIK) in Moscow, where he studied feature filmmaking. Sergei Loznitsa has been making films since 1996, and by now he has directed 25 award-winning documentaries and 4 fiction films.

The Cultural Heritage of Medieval Kyiv and the Making of Ukraine

Artist as a Revolutionary Agent. Visual Practices and Radical Sociohistorical Transformations in Ukraine: 1991-2022

Department of the History of Art