Adam Eaker: New Approaches to British Portraiture at the Met 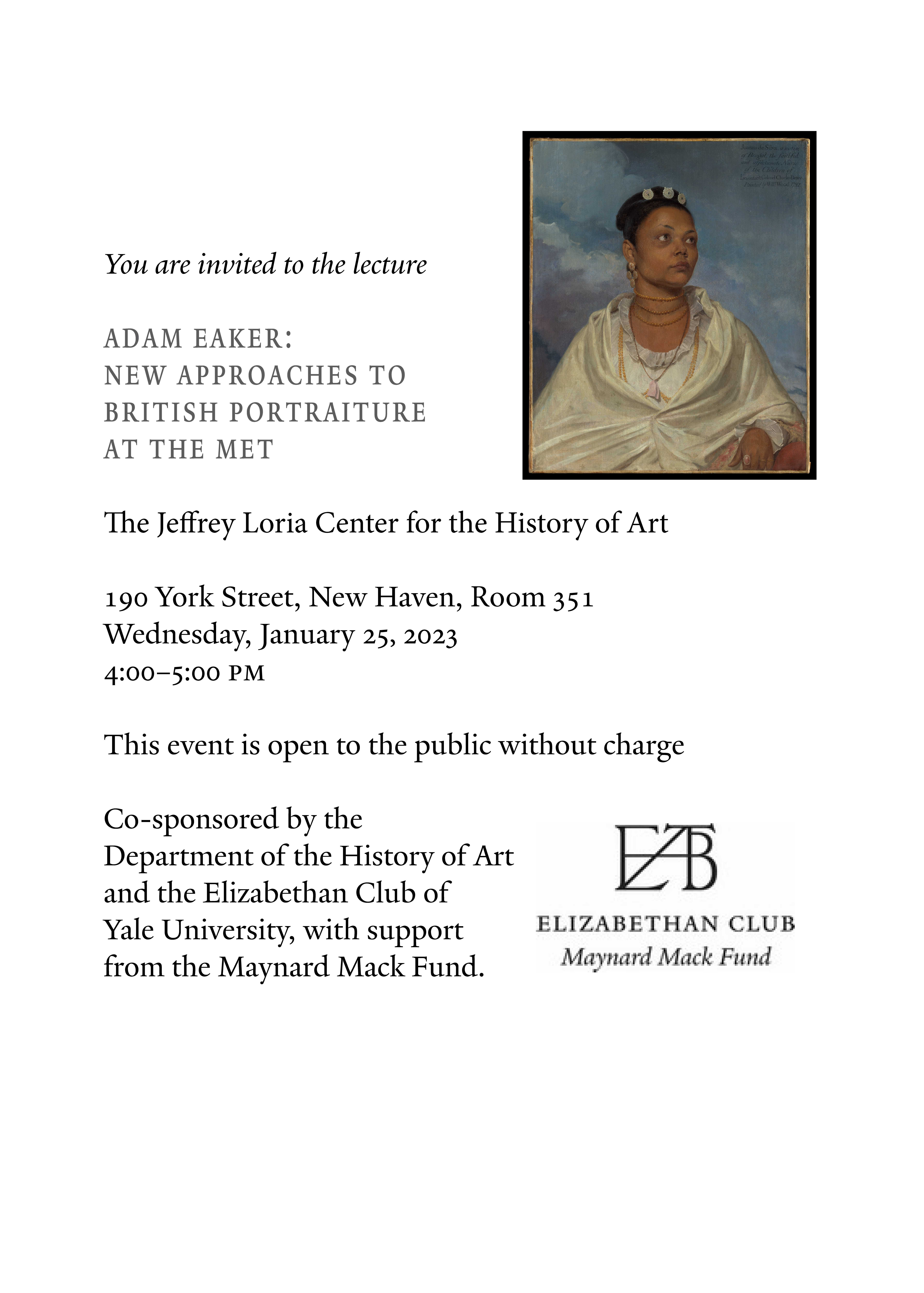 Adam Eaker, Associate Curator at the Metropolitan Museum of Art, studied art history at Yale University and Columbia University, where he received his PhD in 2016. A specialist in Northern European and British painting of the sixteenth through the eighteenth century, he was previously a visiting scholar at the Rubenianum Research Institute for Flemish Art in Antwerp. Before joining the staff of The Met, he served as an Anne L. Poulet Curatorial Fellow and subsequently guest curator at the Frick Collection, where he co-curated the exhibition Van Dyck: The Anatomy of Portraiture (2016) At The Met, He curated the exhibition In Praise of Painting: Dutch Masterpieces at the Met, as well as a recent exhibition about art at the Tudor courts The Tudors: Art and Majesty in Renaissance England.