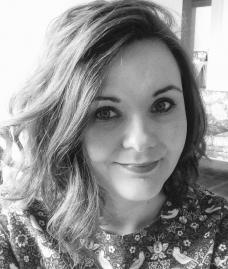 Victoria Hepburn studies nineteenth-century British art and visual culture. Her dissertation, titled “William Bell Scott’s Victorian Art Worlds,” explores the art and career of the Scottish painter, poet, illustrator, and educator William Bell Scott as a way of reconsidering artistic circles and networks in nineteenth-century Britain. Victoria holds an M.A. in art history from Case Western Reserve University and presented her qualifying paper, “Frederick Sandys and the Autumn of Empire,” at the North American Victorian Studies Association conference in 2016. Victoria has contributed an essay on the Kelmscott Press to the publication William Morris: Designing and Earthly Paradise, which accompanied an exhibition of the same name at the Cleveland Museum of Art in 2017. She is co-curator with Tara Contractor and Judith Stapleton of Unto this Last: Two-Hundred Years of John Ruskin, which opens at the Yale Center for British Art in September 2019. She has also co-authored the accompanying exhibition catalogue, published by the Yale Center for British Art in association with Yale University Press.