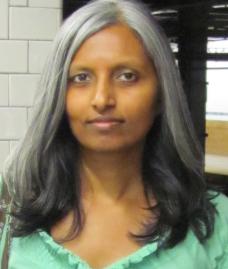 Subhashini Kaligotla is an art historian of ancient and medieval South Asia. Her research focuses on the many dimensions of sacred architecture—Buddhist, Hindu, and Jain—from the creative resources of its makers to the multisensorial experience of its receivers as well as its intellectual history. Her forthcoming book, Shiva’s Waterfront Temples (Yale, 2022), examines constructions of personhood and space in medieval Deccan India from the perspective of a range of makers. These include temple builders, image-makers, poets, writers, and ruling houses. A second book project, provisionally titled Seeing Ghosts, is interested in the iconographies of death and the afterlife in early Indian Ocean realms.

Professor Kaligotla’s teaching and advising span the full gamut of the subcontinent’s visual culture, reaching from ancient India to the modern and contemporary time periods. Her undergraduate and graduate courses encourage students to interweave expressive modes of writing and thinking with scholarly and discursive registers.

Kaligotla is a practicing poet and author of the poetry collection Bird of the Indian Subcontinent.

Kaligotla’s possible fields for advising include but are not limited to: South Asian art and architecture, from the ancient to the early modern periods, and projects that situate South or Southeast Asia at the crux of intercultural contact.

“A Temple Without a Name: Deccan Architecture and the Canon for Indian Sacred Buildings,” In Canons and Values: Ancient to Modern, edited by Larry Silver, Kevin Terraciano, 92-113. Los Angeles: Getty Publications, 2019