Sarah Ana received her B.A. from Smith College (2014) and her M.A.R. from the Yale Institute of Sacred Music (2016).  Prior to joining the doctoral program at Yale, she worked in art restoration, and later held curatorial internships in the Rijksmuseum Print Room in Amsterdam (2013), and the Museé Carnevalet in Paris(2021). 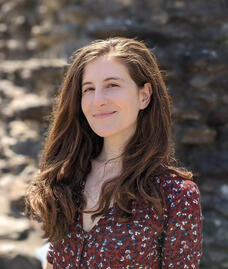