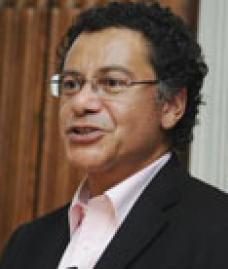 Comprised of eighteen chapters, Travel & See brings together essays of mine that, in covering two decades from 1992 to 2012, recount the journey by which African American, black British and Caribbean artists have contributed to the transformation of art in an age of globalization.

With in-depth attention to aesthetic strageies in painting, sculpture, film, photography, and installation, while  tracing the shifting political and cultural contexts in which black visual art circulates, the book features monographic studies of John Akomfrah, Isaac Julien, Kerry James Marshall, Renée Green and Yinka Sonibare, as well as reflections on historiography in light of Stuart Hall’s and Paul Gilroy’s contribution to the Black Atlantic paradigm diaspora studies associated with the work of Robert Farris Thompson. Over 100 color reproductions highlight the wide array of practices at play in black diaspora aesthetics today.

With headnote sections to guide the reader through the transformations black diaspora artists have brought to global contemporary art, the book draws out the dialogical principle of cross-cultural interaction at stake in the aesthetics of hybridity and transculturation as a framework for a renewed understanding of modernism as well.

One: Art’s Critique of Representation

2  Busy in the Ruins of Wretched Fantasia

4  Mortal Coil: Eros and Diaspora in the Photographs of Rotimi Fani-Kayode

6  Art that is Ethnic in Inverted Commas: Yinka Shonibare

7  Home from Home: Portraits from Places In Between

13 Art History after Globalization: Formations of the Colonial Modern

14 The Cross-Cultural and the Contemporary

16 Archive and Dépaysement in the Art of Renée Green

‘Where the Streets Have No Name: A Democracy of Multiple Public Spheres,’ in Helen Molesworth ed. This Will Have Been: Art, Love and Politics in the 1980s, Chicago and New Haven: Museum of Contemporary Art/Yale University Press, 2012