Justin M. Brown studies the art of the African diaspora and the Caribbean. His dissertation, titled Wind in the Cotton Tree: Afro-Surinamese Art and Ritual During the Period of Slavery, examines the ritual art of enslaved people of African descent in colonial Suriname. This project brings together an understudied set of images, objects, and written documents that date between the seventeenth and nineteenth centuries.

For the academic years 2022–2024, Justin is the Samuel H. Kress Predoctoral Fellow at the National Gallery of Art’s Center for Advanced Study in the Visual Arts. In past years, he has received support for his research from the Yale Center for the Study of Race, Indigeneity, and Transnational Migration and the Department of the History of Art. He has authored the essay “Marking Transatlantic Time: Accounting for Slavery in Britain and the Caribbean,” published in Marking Time: Objects, People, and Their Lives, 1500–1800 (Yale University Press, 2020).

Before coming to Yale, Justin worked as the Henry Luce Curatorial Fellow in American Art at the Worcester Art Museum. Between 2015 and 2017, he worked on the reinterpretation of the American Art galleries and two special exhibitions: Picket Fence to Picket Line: Visions of American Citizenship; and Highest Heaven: Spanish and Portuguese Colonial Art from the Collection of Roberta and Richard Huber. He also led research projects and lessons centered on the museum’s collections. 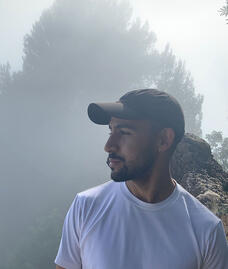