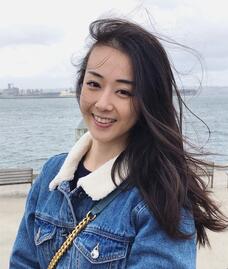 Joyce Yusi Zhou studies the exchange of knowledge between early modern northern Europe and China, especially the role of local artisans in the interchange of science and craft. She is also interested in the history of science and the intersection of art, science, and natural history in the increasingly global early modern world.

Joyce received her M.A. in Decorative Arts, Design History, and Material Culture from the Bard Graduate Center and her B.A. in Art History and the Interdisciplinary Project in the Humanities from Washington University in St. Louis. Her M.A. Qualifying Paper explores the exchange of craft and mathematical knowledge between sixteenth- and eighteenth-century China and Europe through examining European lathe-turned objects at the Chinese imperial court. She was also previously a curatorial intern in the Department of European Sculpture and Decorative Arts at the Metropolitan Museum of Art, where she assisted with the exhibition “Making Marvels: Science and Splendor at the Courts of Europe.”