Diana E. E. Kleiner is an art historian known worldwide for her expertise on the art and architecture of the ancient Romans. She is the author of numerous books and articles on Roman art in its political and social context including Roman Sculpture (Yale University Press), the fundamental reference on the subject.

She has done seminal work on Roman women (I, Clavdia I and II) and her book onCleopatra and Rome, published by Harvard University Press, opens a new perspective on one of the most intriguing women who ever lived.

Professor Kleiner is also Founding Director of Open Yale Courses. One of her own courses, HSAR 252: Roman Architecture, recorded at Yale in spring 2009, is available at http://oyc.yale.edu/history-art/hsar-252, through iTunes U and YouTube, and as a MOOC on Coursera (see: www.coursera.org/course/romanarchitecture). As a companion to the Roman Architecture course, she has recently published an interactive e-book, Roman Architecture: A Visual Guide (Yale University Press), which includes maps, geolocation links, and more than 250 photographs, most of them taken by Professor Kleiner herself. The iBooks version includes popup references, visual book navigation, and a set of flashcards for students (see:http://romanarchitecture.yupnet.org/ebooks/).

Professor Kleiner was Yale’s Liaison for Faculty Programs at AllLearn from 2001 to 2006. She authored three online courses, including “eClavdia: Women in Ancient Rome,” which she regularly teaches as a Yale College seminar. She has also created web portals for her two undergraduate lecture courses—Roman Art and Roman Architecture—which are among the most sophisticated at Yale in their use of digital technology and the online discussion board.

From 1995 to 2003, Professor Kleiner was Yale’s Deputy Provost for the Arts with responsibility for arts, divinity, and new media.

with Susan B. Matheson, I, CLAVDIA II: Women in Roman Art and Society, (Austin: University of Texas Press, 2000)

with Susan B. Matheson, I, CLAVDIA: Women in Ancient Rome, (Yale University Art Gallery, New Haven, 1996, distributed by the University of Texas Press)

with Bridget Buxton, “Pledges of Empire: The Ara Pacis and the Donations of Rome,” American Journal of Archaeology 112 (2008) 57-89 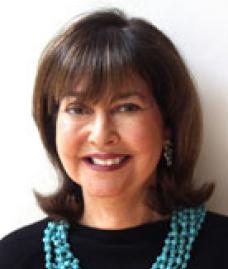 Professor Emeritus in the History of Art and Classics
diana.kleiner@yale.edu