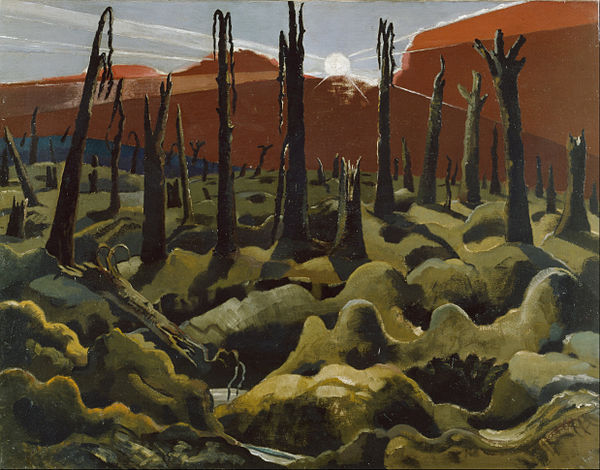 We Are Making a New World

In a lecture at the Yale Center for British Art on Weds October 3rd, 5.30pm, Tim Barringer, Paul Mellon Professor of the History of Art, will examine the overlapping concerns of British artists and musicians at the end of the First World War, a century ago. The lecture will pivot on the unlikely subject of the pastoral, which emerged as an apt mode for elegiac compositions, visual and musical, as radical modernism foundered in the face of industrial warfare. The work of painters, including Paul Nash, C. R. W. Nevinson, and Charles Sims, and composers, such as Ralph Vaughan Williams and Edward Elgar, will be considered alongside popular graphics and music hall entertainments of the same era.